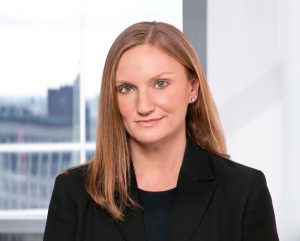 Attorney Courtney Mayo successfully obtained summary judgment on behalf of a municipal police department and its police Lieutenant in an action arising from an alleged invasion of privacy incident involving a former police officer.

During a homicide investigation, the municipal police department requested several officers’ cell phones be turned over to the Massachusetts State Police for purposes of extracting and securing any and all information related to the homicide case.  The plaintiff, an officer at the municipal police department at the time, had personally texted and called the murder suspect and voluntarily submitted his phone for data extraction to a state police officer who was conducting the search using data extraction software.  During the search, the data extraction software uncovered sexually explicit photographs located in a locked folder on the plaintiff’s cell phone.  The photographs were consensually taken and involved the plaintiff and his wife.

The plaintiff filed suit against the municipal police department, multiple local and state police officers alleging that the personal photographs had been improperly disseminated and that the disclosure of the existence of the photographs constituted an invasion of privacy, conspiracy to interfere with civil rights, negligent training and supervision, crimes against chastity, morality, decency and good order, and intentional infliction of emotional distress.  Following the filing of the lawsuit, the plaintiff deleted and/or destroyed the subject sexually explicit photographs.

The defendants filed a Joint Motion for Summary Judgment.  Attorney Mayo moved for summary judgment on behalf of the municipal police department and its officer.  She argued that no evidence had been produced indicating that the subject photographs had actually been viewed, downloaded or disseminated by anyone in the defendant police department.  Mayo also argued that the plaintiff committed a spoliation of the evidence when he elected to delete the photographs after the City had already requested the evidence in discovery. Further, Mayo argued that the police department could not be held liable for any alleged invasion of privacy as a municipality can only be liable for civil rights violations when its official policies violate a person’s constitutional rights.  Here, the plaintiff failed to identify any departmental policy that caused an invasion of privacy to occur.  Further, the plaintiff failed to show that any negligent training or supervision occurred as there was no evidence that any municipal officer downloaded or disseminated the subject photographs.

Further, Attorney Mayo argued that even assuming that the municipal police officers violated the plaintiffs’ civil rights, the defendants were entitled to qualified immunity for their conduct as the cell phones were turned over to State Police pursuant to a Court Order.  Moreover, the municipal defendants are immune from Count III under the statutory public duty rule of the Massachusetts Tort Claims Act, G.L. c. 258 §10(j).  Under that subsection of the Massachusetts Tort Claims Act, a municipality is not liable for “any claim based upon on act or failure to act to prevent or diminish the harmful consequences of a condition including the violent or tortious conduct of a third person which is not originally caused by the City or any other person acting on behalf of the City.”  G.Lc. 258 § 10(j).